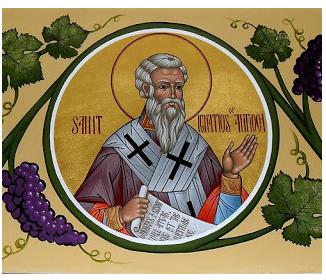 This past summer (2014) American journalist James Foley was brutally put to death in Syria by enemies of Christianity. Mr. Foley was a graduate of Marquette University and known to be a faithful Catholic; may he rest in peace. In North Korea, the Middle East, parts of Africa, and elsewhere, Christians are being martyred for their faith. Even though Christians in Western countries have not experienced widespread physical persecution, no follower of Christ is spared from the obligation to defend one's faith and religious freedom.

One of the greatest obstacles to maintaining this freedom is the fear of rejection. When in situations where our faith is openly attacked or criticized, we defend it at the risk of being ostracized, ridiculed, overlooked for advancement, considered intellectually lacking, and perceived as a threat to the status quo. We are not yet at the point of having to sacrifice our lives.

Pagan Rome considered Christians to be atheists, since they did not believe in or worship the pagan gods. Christians were then blamed for the woes of the Roman Empire and were seen as a threat to the status quo. Times have not changed all that much.

"The greatness of Christianity lies in its being hated by the world, not in its being convincing to it…. Do not talk Jesus Christ and set your heart on the world."
(St. Ignatius, Bishop of Antioch and martyr: "Letter to the Romans" ca 98AD)