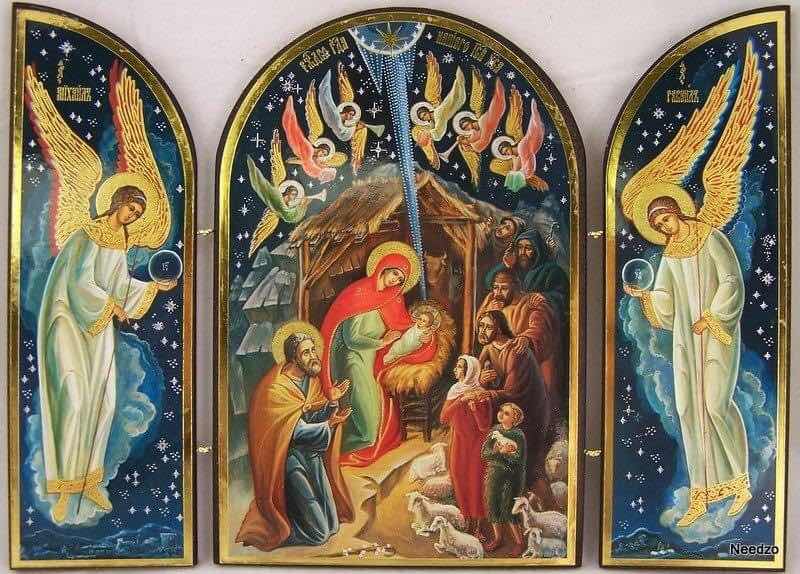 “He came unto his own”

God’s great little one has come unto his own, even to us.  Such is the great wonder and mystery of Christmas.  Do we perceive it?  God has come “unto his own”!  God is with us!  Our Emmanuel!  We – yes, you and me, whether we are wretched and miserable, tired and worn out, foolish or wise, strong or weak, young or old, happy or sad – we are his own.  We are the company with whom God dwells.  We are his own.

Who is this who has come unto his own?  It is “God of God, Light of light, Very God of very God” as we have just proclaimed.  God’s great little one is God with us, God made man, the God who has willed to enter into the midst of our world and day, the God who wills to be with his own.  It changes everything.  It must.  There is this extraordinary claim in the being of God with us.  The claim is that we belong to God and not God to us.

The great wonder and mystery of Christmas is about our joy at the realization that we belong to God.  “Love came down at Christmas”.  That love is about more, though not less, than all of the sentimental effusions (and confusions) of the season.  It is about the deep love of God for our humanity in spite of and, perhaps, even because of all of its chaotic and dismal disarray.  It reveals a higher vision for our humanity than what we could ever conceive on our own.  God’s great reaching down to us in the lowliness of the nativity of Christ bestows an astounding dignity and grace upon our humanity. “He came unto his own”.  In the Christmas story, audible in the Word proclaimed, visible in the Sacraments celebrated, altogether present to us and with us in the liturgy, in the decorative array of the Church and even in the sensual delights of  the season, we are made aware of this new reality, the new reality of our vocation.  We are his own who are called to be his own.

But our awareness of this wonder cannot ignore the accompanying phrase of the great Christmas Gospel. “He came unto his own”, to be sure, and wondrously so, but “his own received him not”, that we also hear and read.  It must give us pause to reflect on the deeper meaning of the wonder of God with us.  He comes unto his own who reject him.  We are his own and we reject him?  Yes.  The story of our betrayals cannot be ignored or hidden from view.  There are the betrayals of our hearts in our selfishness and our petty small-mindedness, in our lusts and our greed, in our arrogance and our complacency, in our misery and our whining self-pity; in short, in the sad parade of all our uncharitableness.  Love comes down at Christmas and encounters all the forms of our unloveliness.

This is all part and parcel of the Christian message even in the face of a world which is increasingly hostile and intolerant of Christianity, often in paradoxical ways.  For instance, acts of charity are celebrated and encouraged in our post-Christian world but not, it seems, if those acts of charity are identified and named as Christian!  The voice of Christians is denied.  The confusion of the churches about what belongs to the Church to proclaim makes, no doubt, for an utter lack of credibility about the Church, but the folly of the churches doesn’t wholly account for the animosity and hostility against Christianity.  That signals a deeper resistance and greater repudiation of the authority of God as well as the hubris that presumes to take all things captive to its own whims and fancies, whether it means the re-imaging of God or the re-defining of the family and marriage.  What contemporary culture hates most of all is the idea of any limit to its own authority.  It has forgotten its spiritual origins; “thou couldest have no power at all against me, except it were given thee from above”.  The folly lies, really, in the attempt to own God, to take him captive to “the devices and desires” of our own hearts.

Yet, somehow, all this is part and parcel, too, of the “great and mighty wonder” of Christmas. The cross, after all, cannot be hidden from view in the sweet wonder of the crèche.  We contemplate something of the greater miracle and wonder of Christmas in his coming unto his own who reject him.  Why?  So that his love might move us all the more to embrace his love, the love that redeems and sanctifies, the love that perfects and restores us to loveliness in spite of ourselves and even in the face of the worst of ourselves, both individually and collectively.  Somehow the betrayals of our hearts are made part of the story of redemptive love.  Such, we may say, is the “great and mighty wonder” of the Christmas miracle.

Christmas is the December miracle.  All our carols and songs, all our services and liturgies, seek to capture something of the great wonder and mystery of Christmas.  Language is stretched to the breaking point so that the mystery of God with us might break through into our hearts and minds.

A fifteenth century monk in the ancient German city of Trier, walking in the woods on Christmas Eve, it is said, found a rose that was blooming which he took back to the monastery and placed in a vase before a statue of the Blessed Virgin Mary.  Later the German Kapellmeister, organist and composer, Michael Praetorius would arrange the folk song that arose from that story, Es ist ein’ Ros entstprungen, which became the tune associated with the early 8th century words of St. Germanus’ carol “A great and mighty wonder”, words which capture something of the great and mighty wonder of Christmas, the December miracle.

And yet remains on high,

To shepherds from the sky.

Such words challenge and convict us about the divinum mysterium of the love of God who has come unto his ownbestowing his grace and dignity upon our wounded and broken humanity, the grace and dignity which alone perfects and sanctifies, the grace and dignity which alone brings joy and salvation to the world everywhere, the world that God embraces in the mystery of Bethlehem this night when “he came unto his own”.  To receive him is to acknowledge that we are his own, that something of God is born in us.  How?  By receiving the Word proclaimed and the Sacraments celebrated, and by lives committed to Christ anew in service and sacrifice, all because “He came unto his own”.

“He came unto his own” 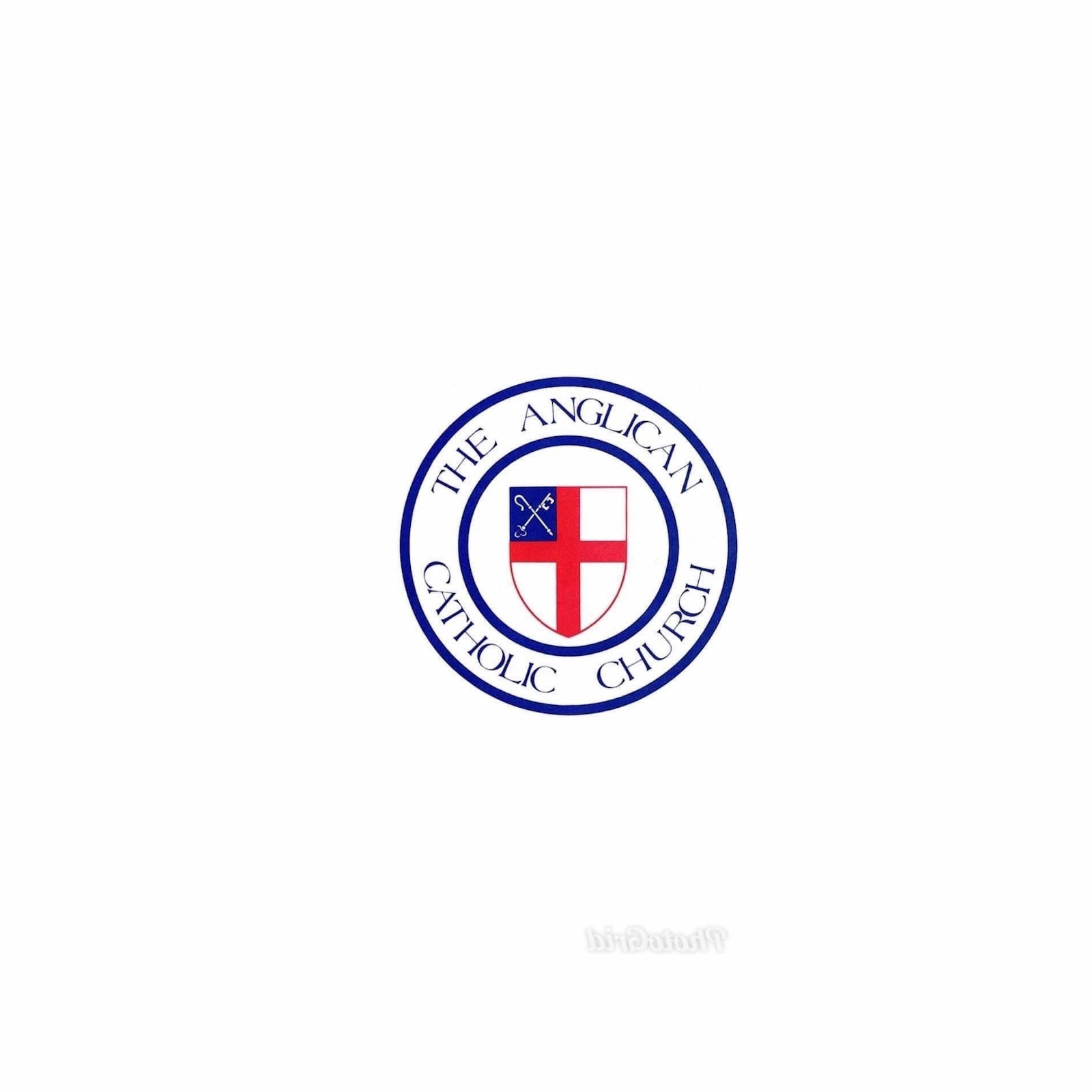