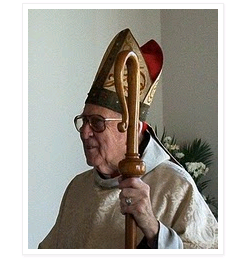 He was an assistant priest at Christ Church Cathedral, Newcastle then vice-warden of St John's
College, University of Queensland. After a short time in New York he was a lecturer in theology at St John’s Theological College, Morpeth, New South Wales. Later he was Archdeacon of the Eyre
Peninsula and an assistant bishop in the Diocese of Adelaide. In 1963 he became the Bishop of
Polynesia, a post he held for five years. After resigning as Bishop of Polynesia, he was professed as an Anglican Franciscan friar and was later a member of the more conservative  Franciscan Order of the Divine Compassion. After moving to the United States he was initially an assistant bishop in the Episcopal Diocese of Quincy. He was received into the Anglican Catholic Church in 1994. He initially resided at Holyrood Seminary in Liberty, New York, but was appointed bishop of the Anglican Catholic Church's Diocese of New Orleans in 1999 in succession to Bishop Dean Stephens who  had died suddenly earlier that year. He was the archbishop of the Anglican Catholic Church from 2001 to 2005. He retired as both archbishop of the ACC and Bishop of New Orleans in 2005 and retired to his native Australia.
As an author he wrote several books, including Can Anglicans Believe Anything: The Nature and Spirit
of Anglicanism, One Man’s Journey (1972); and Two Paths to Holiness.

I have had the privilege to meet him several times in the course of my life. As young altar server at Saint Thomas Anglican Church, Newtown, Wellington he came to preach at a High Mass in 1964 in his role as Bishop of Polynesia. 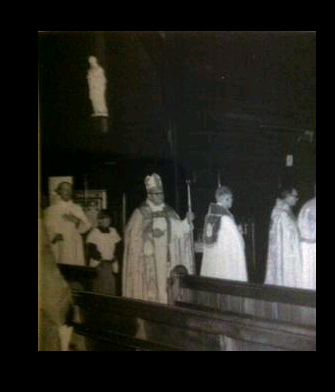 I found this photograph in my records ,  here he is in 1964 processing in. In front of him is the late Father Stewart McConchie, Vicar of Saint Thomas. I was a server somewhere further up front in the procession.

Then I met him again when I joined the ACC/OP , at synods in Australia and at his institution as Australian Ordinary. I had the pleasure , together with other clergy to have dinner with him in East Maitland NSW. Apart from his wonderful qualities of preaching and teaching , he also had a terrific sense of humour.

At the table once he remarked that the glory days of the Church of England are over ... and I am inclined to agree with that. But now Brother John Charles entered an eternal world filled with Glory and where we are not counting the years.

I copied this beautiful prayer by Brother John Charles from Saint Hilda's blog , I am sure that my friend , who operates the site does not mind. 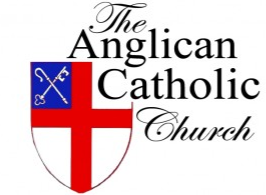