The Nineteenth Sunday after Trinity - 10 Oct 21 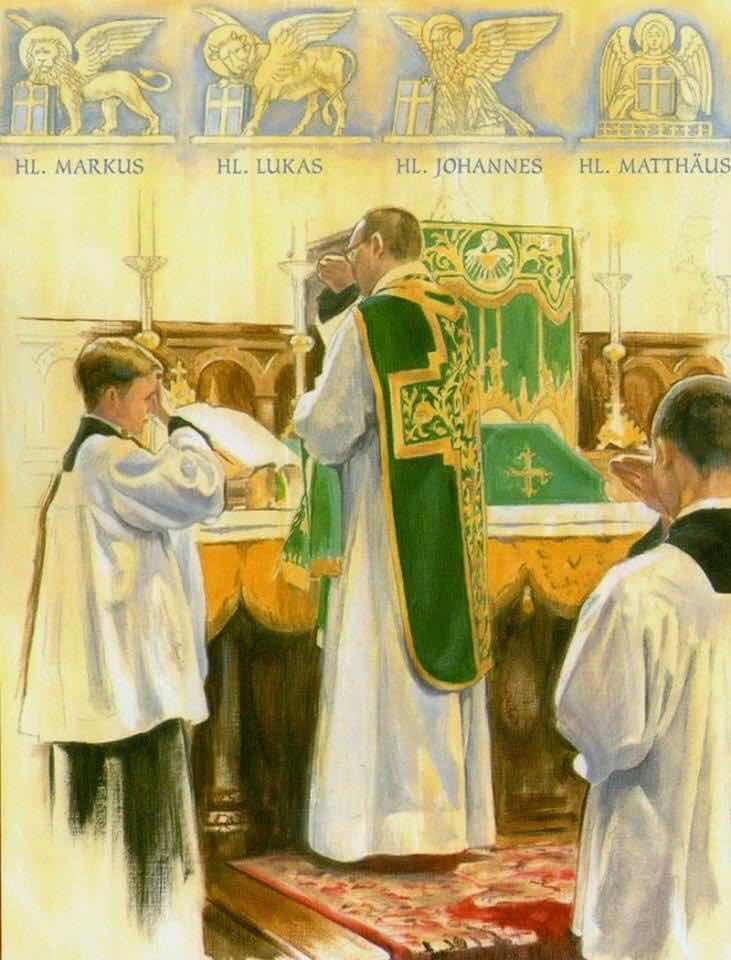 Dear  Friends
The Epistle of St. Paul to the Ephesians, from which the lessons are taken for today and for the next two Sundays, has been something of a puzzle to critics of the New Testament. Some have claimed that it is neither an epistle, nor to the Ephesians, nor by St. Paul. It is not really an epistle, they say, because it lacks the references to particular individuals and particular situations; it lacks the personal touches which a letter ought to have. And they say it is not really addressed to the Ephesians. Although our familiar version contains the phrase, “to the saints which are at Ephesus,” (Ephesians 1.1) that phrase is missing from the oldest and best manuscripts, in which the name of the recipient is left blank. It is addressed simply “to the saints which are (blank) and to the faithful in Christ Jesus.” So, unlike St. Paul’s other epistles, addressed to a particular congregation, or a particular individual, this one seems to have been a general letter, to be taken around to various congregations by St. Paul’s friend, Tychicus. And it is not by St. Paul, some say, because the style is different from that of his other epistles, although I suppose that one might have expected that an author would write rather differently in a letter intended for general circulation.

At any rate, this general epistle, claimed by the Ephesians as their own, is certainly Pauline in its doctrine, and is in fact the supreme exposition of his teaching. The emphasis is on the eternal purpose of God, the mystery hidden from the foundation of the world, now revealed in the redeeming work of Christ, who has called us — Jew and Gentile alike — to the “fellowship of the mystery.” (Ephesians3.9)

“The eyes of your understanding being enlightened; that ye may know what is the hope of his calling, and what the riches of the glory of his inheritance in the saints.” (Ephesians 1.18) “Remember that ye were without Christ, being aliens from the commonwealth of Israel, and strangers from the covenants of promise, having no hope, and without God in the world, but now in Christ Jesus, ye who were sometimes far off are made nigh by the blood of Christ . . . Now therefore ye are no more strangers and foreigners, but fellow-citizens with the saints, and of the household of God.” (Ephesians 2.11-19)

Understanding the divine purpose, knowing yourselves called to divine sonship, to eternal inheritance, you are no longer the hopeless pawns of fortune, chance, and external circumstances, of the “principalities and powers, and of the rulers of the darkness of this present age.” (Ephesians 6.12) They are not ultimate; they are not the truth of your life. These worldly principles and forces which you used to regard as gods — these “dumb idols” —have been unmasked; their pretense has been shattered.

Therefore, says St. Paul in today’s Epistle, don’t fall back into that old alienated state of mind, and that old manner of life of the unconverted gentiles, who live in the vanity — the emptiness, the hopelessness — of their minds, “having the understanding darkened,” “having no hope, and without God in the world.” (Ephesians 2.12) That old ignorance, that old state of mind, gives rise to a kind of hopeless living: “being past feeling, they have given themselves over to lasciviousness, greedy for indecencies of every sort.” Being without knowledge of God’s purposes, and without any genuine hope, they have recklessly abandoned themselves to the violent exploitation of the lower passions, thinking to find happiness, or at least oblivion, there.

There is a direct connection between hopelessness and sensual violence, and no exhortations, or laws, or community standards can ever save us from that connection. In other words, it is unreasonable for society to expect traditional “good, clean living” of its members if the Christian faith and hope on which this moral uprightness has been based comes to be undermined by unbelief. The Gentiles live, as they must, in perfect accord with “the vanity of their minds.” “But ye have not so learned Christ,” says St. Paul. If you have learned the truth in Jesus, you must put off the old manner of life, that old manhood, which gets corrupted by following “deceitful lusts”; and “be renewed in the spirit of your mind.” There must no more be an empty mind, serving the world’s “dumb idols,” but a mind filled with understanding and hope. On that basis, the character of your life must be changed.

“So from now on,” he says, “there must be no more lies. You must speak the truth to one another, since you are all parts of one another, members of one body or one community of understanding and hope. Even if you are angry, you must not sin; never let the sun set on your anger, or else you will give the devil a foothold. Anyone who was a thief must stop stealing, and work for the common good. Guard against foul talk; let your works be rather for building up one another. Let all bitterness, and wrath, and anger, and clamour, and evil gossip be put away from you, and all malice. Be friends with one another, and kind, forgiving one another, even as God, for Christ’s sake, has forgiven you.”

“Be renewed in the spirit of your mind.” That is the basis of it all. Understand the hope of your calling, and cultivate that understanding and that hope. That is the grace by which the Holy Spirit of God seals you unto the day of redemption. Without that basis, the rest of St. Paul’s advice, however attractive, would be nothing but pious platitudes and wishful thinking. The mind which is vain, empty and hopeless, will inevitably express itself in vanities, will give itself recklessly to immediate worldly ends, and will be subservient to all the forces and circumstances, all the “dumb idols” of this present age. The community which is vain will not save itself by any schemes, however cunning, nor by any legislation, however enforced.

“Vanity of vanities, saith the Preacher; all is vanity.” (Ecclesiastes 1.2) Vanity is everywhere and always breeds vanity. “But ye have not so learned Christ.”