The Conversion of Saint Paul 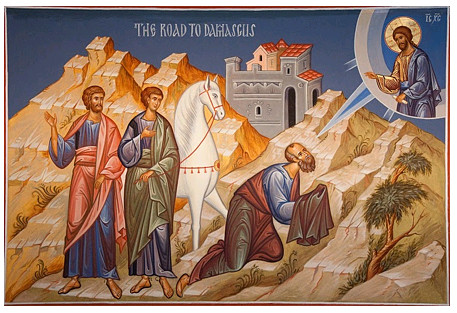 The Effects of Paul’s Conversion

And that pleased him so much that-as the same apostle once said to a servant of his, "My dear daughter, I so clasped it to myself with the bond of affection and. love that it was never lifted, never loosened a bit, except when life was taken from me." Dear Paul seemed truly to have studied this teaching. He knew it so thoroughly that he became a person who ate and savoured souls. He became like a sponge absorbing water, so that as he travelled along the way of humiliation he absorbed the boundless charity and goodness with which God supremely loves his creatures.

He saw that [Christ's] will is for the eternal Father's honour and our salvation and holiness, and that he gave himself up to death in order to realise this holiness in us.

Paul grasped and understood this, and once he had understood it he at once devoted himself to giving honour to God and his best efforts to his neighbours. Courageously he proclaimed the truth. He was zealous, not holding back for lack of concern. And he became a vessel of love filled with fire, to carry and preach God’s Word.