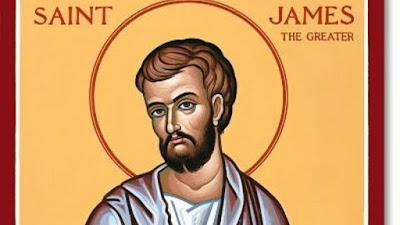 “Celebrities” can make money from books in which they reveal secrets of their own lives and the lives of others. If the secrets revealed are those of politicians or members of the royal family then the book is likely to bring in very substantial sums indeed.

What would have happened if our technology and information systems had been around two thousand years ago. Would James, one of the “inner circle” of Jesus’ followers, have been approached by a publisher to record memories of life with Jesus? Would a newspaper have paid for the exclusive rights to serialise the book? Who would have made attempts to stop publication through fear of what it might reveal?

Perhaps James would have jumped at the chance to have his stories about Jesus published throughout the world and to use the money for charitable work. We’ll never know, of course, but what we can perhaps guess from the Gospel writing we do have, is that the central character on every page in the book would have been Jesus, not the author. All the other people and events would have been described in terms of their relationship with Jesus and what he said and did.

Might this have been one chapter of James’ book?

“How could we ask Jesus to give us special places in his kingdom? He’d already spoken often enough about the first being last and the last being first. He’d shown us that the people who aren’t respected in our society matter to God. He treated children, women, lepers and gentiles as equals and he was always reaching out to people even when he was exhausted.

I think John and I were still captured by the vision we saw on the mountaintop when Jesus talked with Moses and Elijah. We glimpsed God’s glory in a way we never had before and Jesus was at the centre of it. We were the only ones there except for Peter and I suppose it gave us the idea that we were special to Jesus.

Jesus soon put us right, though. He asked if we were prepared to experience what he would have to experience and when we said we were he told us that even so he could not guarantee us any place in his Kingdom, that was for God his Father to decide.

I don’t know if at that time I could have said I’d be prepared to suffer as Jesus did if I’d known what that meant: his terrible sadness at that last meal we had together; his anguish, almost despair, in Gethsemane and the pain of harrowing torture and death.. I still fear that I may have to face death as he did.

The lesson he gave us that day wasn’t new but it was the lesson we all found the hardest to learn. Jesus is raised from the dead. He is the Christ yet whenever I picture him, he’s with people, healing, teaching, encouraging, always giving of himself, never demanding. If God’s Messiah lived like that what can I do but follow his example? It’s not easy though, never easy – life in the Kingdom of God is a free gift but it costs everything.”

James and the others have to be taught over and over again the lesson of humility, of putting others first and not wanting to be the centre of attention or rewarded with honour and glory.

It’s a lesson that we, too, need to be taught again whenever we’re tempted to do things in the hope of gaining thanks, rewards or power over other people.

It’s a lesson the church needs to be taught again whenever she is tempted to exercise authority over others or to be arrogant in her moral teaching which she declares to be the only truth.

It’s a lesson we all need to learn if we are to offer service to others in the humility and love of Christ.

There is a world of pain and suffering, oppression and injustice around us and we are called to serve the victims, the outcasts, the persecuted and the rejected not so that we’ll gain favour with God but simply because that is what Jesus would do and it is what God is doing through those who offer themselves for service in love and obedience.

God calls us to be different in a world that values power, riches and fame – are we able to respond to that calling even if it means drinking the cup that Jesus drank?